Effective marketing is all about reaching as wide an audience as possible while still being able to engage that audience. Some of the biggest companies and brands in history realized this early on, which is why they choose to regularly partner up with other major brands so that both of them can benefit.

This is known as co-branding or cross-platform marketing and is responsible for tens of billions of dollars of revenue every year. Even the smallest business can benefit from this kind of collaboration, as it essentially doubles your audience while broadening your brand appeal. Here’s how co-branding can boost your business.

Fast-tracking you to your target audience Rather than just expanding who your potential customers are, a branding partnership can help you get to the people you’ve always wanted to in a quicker way, especially if your partner is a much larger, more well-known brand.

The most successful example of this in action might just be the branding partnership between Apple Pay and Mastercard. Back in Apple Pay’s early days, hardly anyone was actually willing to use it. However, when they teamed up with the banking giant Mastercard, it gave them an audience of millions, while Mastercard could, in turn, offer their users an exclusive service. Since then, Apple Pay now supports all major debit cards, but this was the move that got it off the ground.

The world of fashion also does this well. Major collaborations between haute couture fashion houses and fast fashion retailers have allowed these expensive brands to get their designs out to younger audiences and shore up their customer base. One of the best examples is probably the H&M x Balmain joint collection in 2015, which sold out in seconds.

Brands can also pair up with some unlikely partners to widen their appeal. Take the highly successful collaboration between Uber and Spotify, which allowed users of the ride-hailing app to score a free music playlist for their journey.

In the entertainment world, teaming up with brands also works to reach out to wider audiences. Take the collaboration between DC and Target to release the now-iconic Batman wallet which has sold millions of units. On the flip side, the mash-up of DC characters Batman and Catwoman and an online slot game at Buzz Bingo also succeeded in bringing two previously disconnected audiences together for a single product.

Giving your brand some personality

Co-branding is also a great way to give your business some personality and let people know what you’re all about. They can often be very humorous, i.e. with some of the more inexplicable Star Wars branding on items such as gummy vitamins, frozen yogurt, and Campbell’s Soup.

It could also be a pairing which makes both brands involved seem like cheeky conspirators. Take for example the wildly successful collaboration between Taco Bell and Doritos for their now legendary “Doritos Go Loco” taco, which is among their highest-selling item. At the end of the day, branding is all about personality, so choose your partners wisely.

Previous Post: « About The Essay and its Future
Next Post: 10 Tips To Make Sure Your Online Business Is A Success » 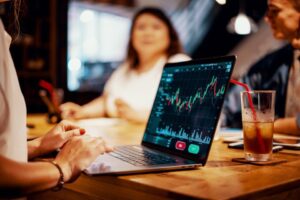